To curb a spree of campers-being-eaten-by-bears incidents, the JCs have taken to patrolling campus after dusk. Each stands in a white square not occupied by another JC or a mirror (diagonal wall) and carries a lantern that sheds light in all four directions, bouncing off any mirrors. The JCs team up so that every square gets illuminated by at least one of them. In addition, so the bears can't pick off any of them, the JCs pair up, so each of them is illuminated by the lantern of exactly one other JC. The numbers are JC counters, telling how many JCs there are in the four adjacent squares. 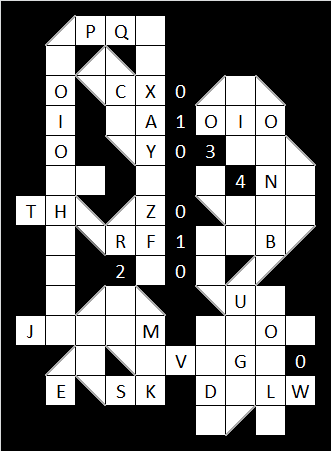